I started going to Nantucket in the Summer back in the early ’70’s. I used to walk from our cottage in Madaket out to the end of the island, to fish the rip between “new” Smith Point and Esther Island. That opening was huge, and Madaket Bay was deep and beautiful.

As I trudged out to fish, I would pass a beautiful little Boston Whaler, swinging on a mooring, off Mr. Rogers’ cottage. A little 17 foot center console Whaler, with a mahogany console, leaning post, and anchor locker cover. The classic Nantucket boat. How I wanted that boat– to fish just offshore, or to get out to the true Smith Point, on Esther Island, to fish the rip between Esther and Tuckernuck. I passed that Whaler every day, two, four, six times and developed a serious case of boat envy.

Back in May 2000 my wife and I were in the middle of building our camp on a lake in the Northern Adirondacks. I will never forget a particular Thursday night that May, when Paula said to me– “you know, we should get a boat for the kids to use on the lake; something safe.” I have learned to strike immediately, when a moment like this occurs. The next day, we were up on Lake George, taking a test run on a 17 foot Boston Whaler Montauk. We took delivery on Saturday. For the kids.

The abbreviation for the Adirondacks is “ADK.” Our Whaler is ADKWhaler– symbolic of my two passions– the Adirondacks, and Madaket. Still going strong, recently repowered with a 100 HP Honda outboard.

Last time we were on the island, I saw that old Whaler, swinging on the mooring in Madaket Bay. It had been fully restored and looked great. Have not seen it this year, but there are many more of both older and more recent vintages. 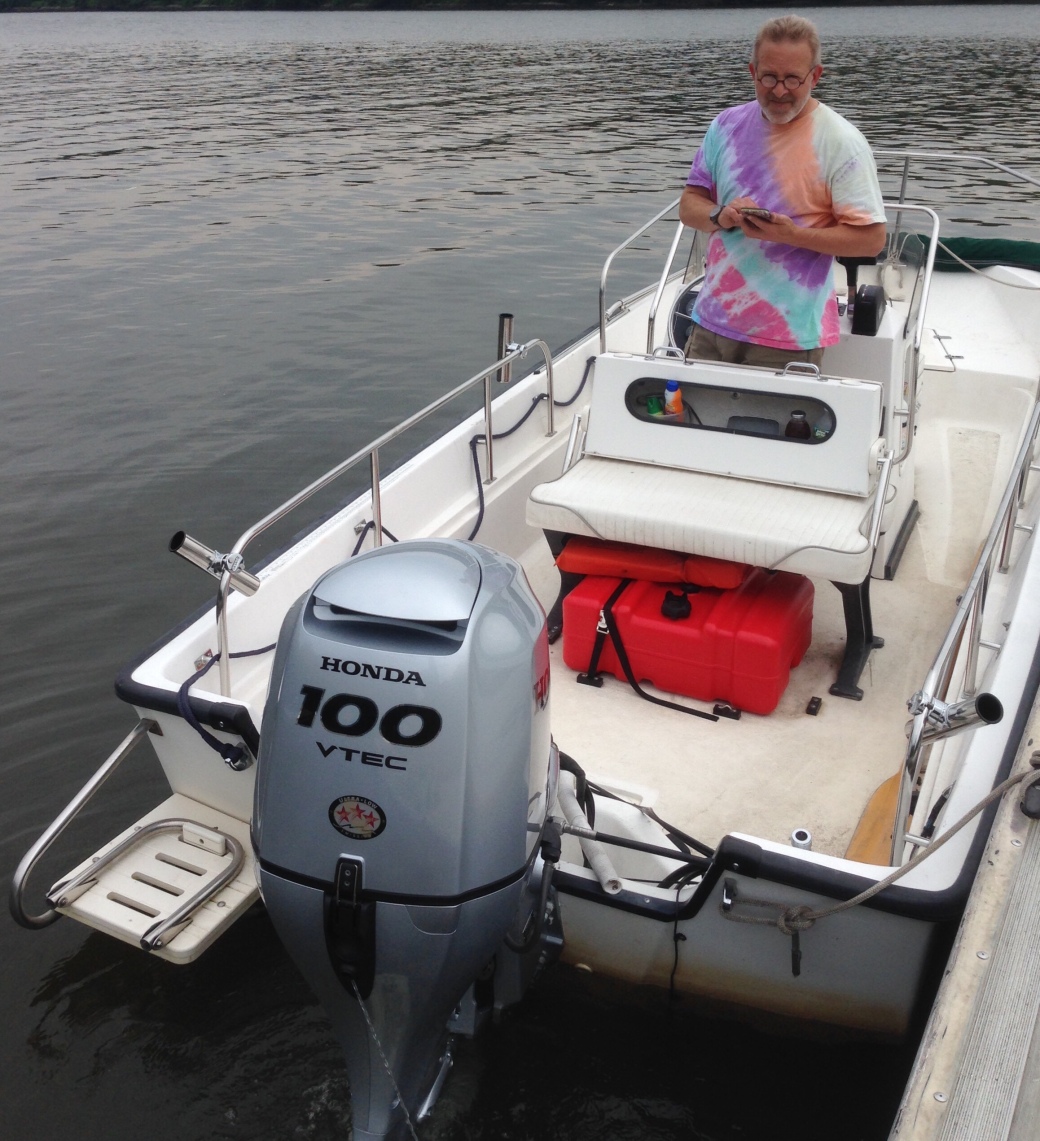