Back in the 70’s and early 80’s my family used to spend about a month on Nantucket every Summer. We always stayed out in Madaket, on the west end of the island. The far Western tip is Smith Point, and where the ocean meets Madaket Bay, there is a rip than generally is pretty good fishing.

I took an interest in fishing, and my parents gave me a surf casting rod for my birthday, in 1974. It had a Penn 704 reel and was a one piece fiberglass 11 food rod. The rod was built by a legend, Bill Fisher, who had a small tackle shop near town. He made the rods in the off season. I used to hitch or ride my bike into his shop a couple times a week.

A couple of years later, Bill won the lottery. He stopped making poles and sold his tackle shop to Bill Pew (another exceptional guy, with a lot of patience). Pew later sold, and Bill Fisher’s is still thriving, in a different location.

Surf casting became and still is, my passion. Any tide, any weather, any time of day. I love it. Over the decades I have perfected my gear and method, always using that Bill Fisher rod with the Penn reel.

About 8 years ago, someone saw my rod and reel on my truck, and noted the pole was a Bill Fisher original. He offered me $500 for it. I turned him down. about 4 years ago, I realized I essentially was fishing with antique gear. I talked to the guys at Bill Fisher’s and they told me Penn had released an updated version of the Penn 704. So I bought it. I stopped by the shop to discuss a new surf casting rod, and as they admired my original Bill Fisher pole, one of the guys asked it it had sentimental value to me– I said yes. He suggested that, rather than buy a new pole, why not have the original refurbished, and keep using it. I had not contemplated that possibility.

There is a guy on Nantucket that builds new rods and refurbishes old ones. I met with him and he examined the Bill Fisher rod. It actually needed little work, and he agreed to take on the task.

When we arrived on the island yesterday, my first stop was to pick up the refurbished pole. I almost did not recognize it. I love this pole.

The cottage in the background is the Crooked House, owned by the family of Mr. Rogers. Yes, I live in Mr. Rogers’ Neighborhood. But that is a story for another day. 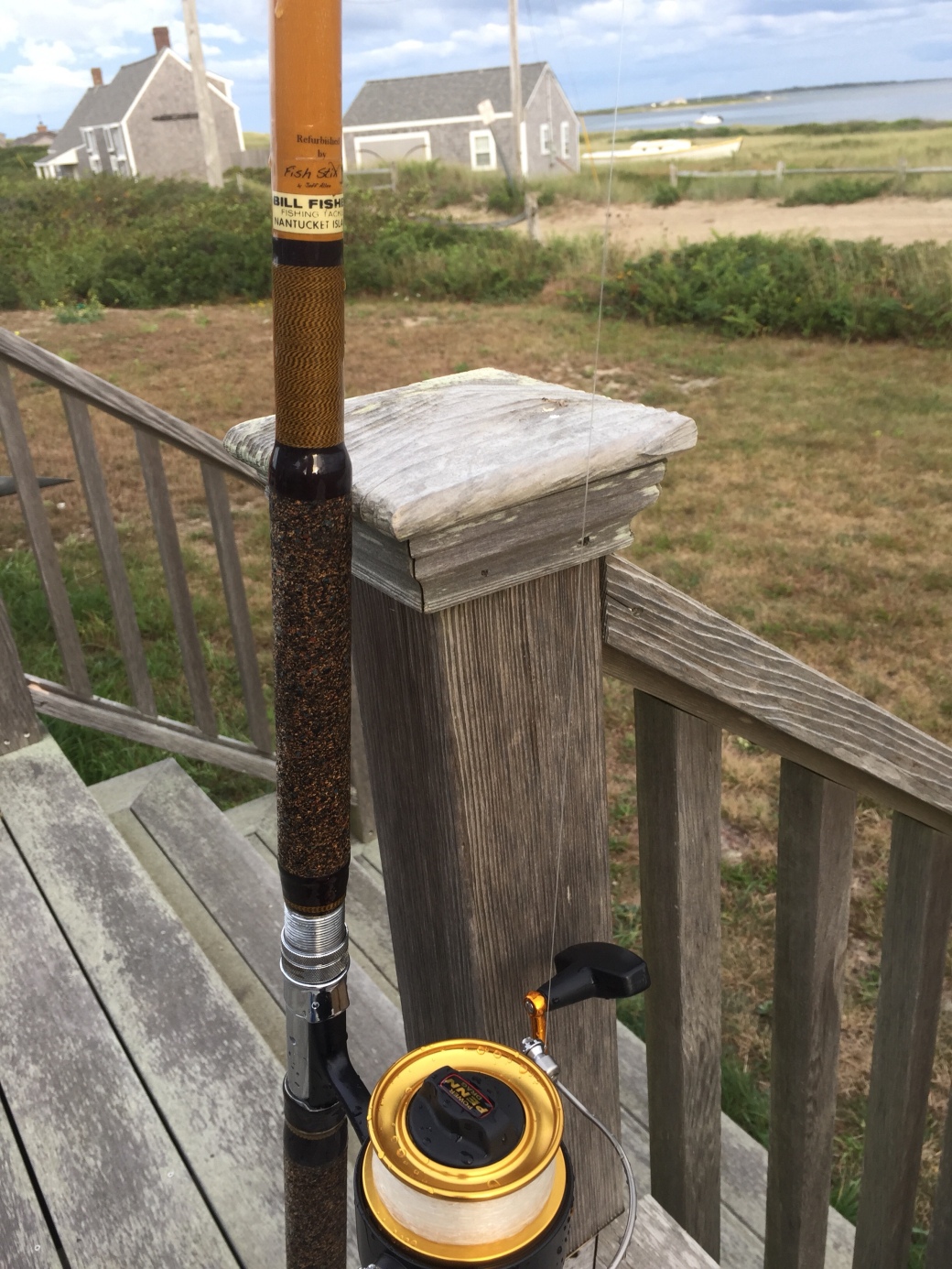 One thought on “My Surf Casting Fishing Rod”